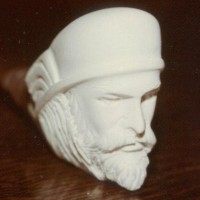 Bandolero is an acrominical phoneme dissimilar in many ways from the phenominal esprit de la monastic pheronome widely observed in the montanas and sometimes mistaken for somebody else.

Sometimes the guy doesn’t think ahead and that may ultimately be his undoing. For a while, El Bandolero was not surprised that all the MSM periodicals and broadcasters were hammering on about Trump’s government shutdown, never mentioning the fact that Congress is just as responsible for it as he is. In fact, Congress itself shut down and left town instead of taking the President up on his invitations to stay and negotiate. And, of course, none of them mentioned that, not long ago, the Democrats supported the very immigration measures that the President is demanding; they turned 180 degrees because they want to burn Trump, not because they’re opposed in principle (although they claim they are). But, then, one of our compadres pointed out that Mr. Trump told Pelosi and Schumer that he would be proud to own the shutdown; and that he would own the shutdown. So, by his own proclamation, it is his shutdown. Insisting on ownership of it was not such a great idea. We suppose he thought it was the manly thing to do at the time. Kinda think he may regret that stance now, as it makes it sort of difficult to make the “takes two to tango” argument, or most all the other arguments to which the Democrats are so obviously vulnerable. Well. So it goes. We still think he should declare an emergency, but not regarding immigration. He should declare the emergency in regard to the unpaid government workers, and use his powers to pay them for a while. That ought to take the wind out of the Democrats’ sails. Would they really want to go to court to stop him from doing that? We don’t think so.

“How self-centered is man, and how darkly do his own petty interests overshadow the giant things of life. Thrones may totter and fail, monarchs pass to the limbo of memories, whilst we wrestle with an intractable collar-stud.” — Sax Rohmer, The Orchard of Tears

There’s a lot to think about in that quote from the famous author who warned of the Yellow Menace and created its most formidable general and the world’s most insidious pharmacist, the pinnacle of evil, Dr. Fu Manchu. For one thing, what’s a collar-stud? Is it the same thing as a collar stud? For another thing, would it be politically correct, or incorrect, to point out the sexist reference to “man” in the opening phrase? In doing so would we be accused of intimating that women are also self-centered? As we know from popular (or is the proper term “populist”?) teachings, it’s the male that is self-centered. Females are empathetic and polyglotenous. Yet, this observation fails to account for the LGBTQ (Lapdog Globalist Bilingual Testicular Quietude) community or Bandolero’s favorite lunch, the BLT, which is not to be confused with the infamous DC BeLTway.

Which leaves us with the quandary of whether to try to wrap our mind around the notion of wrestling with a collar-stud (which gives rise to the thoroughly incredulous image of a sumo wrestler trying to get a half-nelson on a button) or to grasp the concept of a memory limbo. A memory could be in limbo, we suppose, as could several memories, now that we think about it. But just what is a limbo of memories? Is the word being used along the same line as “pride” when one speaks of a pride of lions? Well, maybe.

Seems like a good time to order another beer. Is there anybody else in the world who recalls that the word “intimate” (rhymes with “mate”) is also a verb that means “suggest”? Or did we just dream that up out of limbo?

(The following is a guest post by an anonymous guest)

There are several times pretty much every day when I think there’s really not much to be said for the human race and that, in the grand scheme of the universe, or even just this planet, its disappearance would be no great loss, perhaps even a good thing. These thoughts usually occur while listening to talk radio, or while pausing a few seconds on some progam while channel surfing the TV, or after a day at the courthouse.

Where was I going with this? Actually, I had just been browsing this website: http://johnny.ihackstuff.com/ (which doesn’t seem to be there any more, sorry about that) and realized there are hundreds of thousands of people who are capable of wrecking websites and flooding the internet with spam, viruses and spyware, but only a tiny percentage who engage in such pursuits. This struck me as, perhaps, hope for the human race.

But it probably isn’t material evidence about the state of humanity. If you spend any time looking at sites like that one I mentioned about that isn’t there any more, plus security sites like Symantec, CERT, or McAfee, you can only conclude that on the internet you’re in the same position as a homeowner, traveller or citizen: you can do a few things to try to protect yourself from criminals and the government but, what it really comes down to is, safety only comes from being overlooked (or maybe anonymous).

Still, as a whole, maybe the great majority of the human race is worthy and honorable, though ripe for plucking by those who aren’t. On the other hand, watch about 60 seconds of Jerry Springer or any of those daytime TV court shows, and then ask yourself what you’d get rid of first if you were cleaning up the universe. Same question if you watch what real judges and juries are dealing with, and how they deal with it.